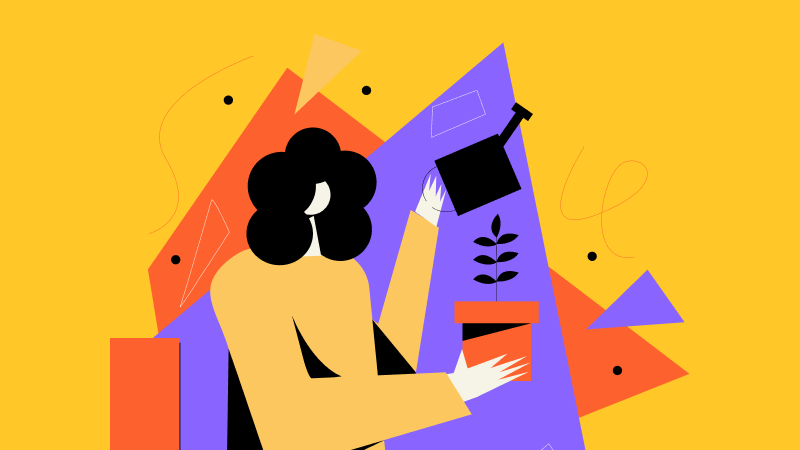 I learned about Design Thinking while starting my career in UX. I soon realised that I’d followed the same process throughout my career in Architecture without knowing its fancy name. So why does one design discipline name this process and everyone gets excited about it while the other doesn’t?

“Design thinking is an interesting phenomenon, and there are many good arguments for the need for more design thinking in organizations, but the hype is problematic because it inevitably simplifies the situation and leads to a backlash.” — Johansson and Woodilla, How to Avoid Throwing the Baby Out with the Bath Water: An Ironic Perspective on Design Thinking, paper presented at the European Group for Organization Studies Colloquium, Lisbon, June 30–July 3, 2010.

Where did it come from?

One touch of a red-hot stove is usually all we need to avoid that kind of discomfort in quis elit future. The same Duis aute irure dolor in reprehenderit .

is true as we experience the emotional sensation of stress from our firs social rejec ridicule.We quickly learn to fear and thus automatically. potentially stressful situation of wlir ext quiert all kinds, including the most common of all.Being overwhelmed by repeatable colourful diagrams, I turned to academic literature, hoping to find the origin of Design Thinking. Design Thinking articles and books started booming in the early 2000s. While its sudden impact may suggest a new innovative approach, Tim Brown from IDEO, in his influential article in Harvard Business Review, gives an example of Thomas Edison working in a Design Thinking way in the 19th century. So did Design Thinking exist before? Researchers defined five different roots within the design research, which led to Design Thinking:

Herbert Simon is a cognitive scientist and Nobel Prize laureate for economics. He was most likely the first to claim design as a discipline separate from natural science, humanities and social sciences. Interestingly he doesn’t separate design from engineering. Design is about creating new things, while other sciences deal with something already existing.

“Engineers are not the only professional designers. Everyone designs who devises courses of action aimed at changing existing situations into preferred ones.”
—
Herbert Simon, The Science of Design: Creating the Artificial, p. 67.

1980 by Lawson, coming from Architecture

Lawson’s book How Designers Think: The Design Process Demystified is a classic in Design Thinking and has been updated a few times since its first release in 1980. Through observations, Lawson looks for patterns in the design process, trying to define a model for Design Thinking. Unlike Schön (see below), Lawson focused more on practical examples rather than theory.

“Designing is far too complex a phenomenon to be describable by a simple diagram[…] A model of design thinking must be able to allow for all this richness and variation.[…] We have groups of activities and skills that are all needed are commonly found in successful design. They are ‘formulating’, ‘moving’, ‘representing’, ‘evaluating’ and ‘reflecting’. Through all this somehow designers seem to be able to negotiate their way to a comfortable, or at least satisfactory, understanding of both the problem and the solution and to give their clients and users at least workable and occasionally beautiful and imaginative designs.”
—
Lawson, How Designers Think: The Design Process Demystified, p. 289–291.

1983 by Schön, coming from Philosophy & Music

In The Reflective Practitioner, Schön criticizes Simon’s scientific approach to framing the Design discipline and proposes a more artistic, intuitive approach. He focused on constantly iterating and improving one’s practice through reflection.

“Let us search, instead, for an epistemology of practice implicit in the artistic, intuitive processes which some practitioners do bring to situations of uncertainty, instability, uniqueness, and value conflict.” — Schön, The Reflective Practitioner, p. 49.

1992 by Buchanan, coming from Art history

In his article Wicked problems in Design Thinking, Buchanan suggests four areas affected by design: symbolic and visual communications, material objects, activities and organized services, and complex systems. He describes Design Thinking as a mean to solve problems, especially wicked ones. Buchanan also mentioned categories limiting us to thinking in older paradigms. To tackle this, he introduced placements, as a tool for novel approaches to an existing problem, beyond their original context.

2006 by Krippendorff, coming from Philosophy & Semantics

Krippendorff elaborates on Simon’s definition of design. He sees the need to address the difference between science and design. He criticizes Simon’s technical rationality and advocates for human-centric design, creating meaningful artefacts.

“Technical rationality is at home in coherent social hierarchies. But it fails when applied to problems that involve people as informed agents, in heterarchical forms of organizations like markets.” — Krippendorff, The Semantic Turn: A New Foundation for Design, p. 26.